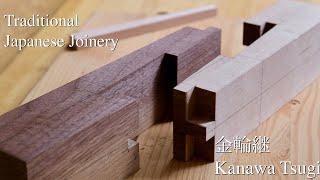 Japanese carpentry involves the art of building wooden furniture without the use of electricity, nails, screws or glue. Originally it developed from the influence of Chinese architecture in the 12th century. The modern forms of Japanese carpentry are largely based on traditional techniques.

Japanese joinery is the art of using wood to construct buildings and furniture. It is also known for its elegant craftsmanship and longevity. It has been used in temples, shrines, castles, and homes.

Traditional Japanese joinery techniques have been around for hundreds of years, though only recently were they revealed to the public. These include sashimono joints, which are elaborate works of art.

The origin of Japanese joinery is believed to date back to the seventh century. Traditionally, family carpentry guilds kept the techniques secret. They were not known to the general public until the mid-twentieth century.

Today, there are dozens of joint types that master carpenters use, from simple dovetails to more complex mitred butts. They are designed to last and work with nature. However, they can be a little difficult to visualize.

A young man in Japan, who was working in automobile marketing, became interested in traditional joinery techniques. After experimenting with some self-taught skills, he ordered wooden joinery books from all over the world and created three-dimensional animated illustrations for them.

The dovetail design is a well-known method of joining boards together. Although this is an effective solution for small projects, it is usually not the solution for large, structurally sound buildings.

The dovetail is a great way to join two boards of wood without the need for mechanical fasteners. However, the design is prone to failure on a corner. Consequently, master Japanese carpenters are often required to apply more advanced joinery techniques to their big projects.

The complete dovetail is a popular handmade furniture joint. In order to create one, you will need a dovetail saw, an appropriately sized dovetail jig, and a set of squares. Using these tools, you can draw a variety of pin shapes. You may also wish to use a blade to create markings for the dovetail’s other occupants, the tails.

The dovetail jig is also a handy tool for measuring and ensuring the right amount of spacing. Dovetails are not a difficult task. However, it takes some practice to master the fine art of dovetail construction.

Japanese carpentry involves a wide variety of techniques. Many tasks involve joining large pieces of wood. A chisel is used to chisel the joints into the wood, creating a strong and sturdy piece. Hand saws are also used to create strong and durable pieces.

Japanese joinery has been around for centuries. For a long time, master carpenters employed a variety of complex joints. Typically, the joints used for connecting wooden pieces are either dovetails or aris. These joints are often hidden, making them almost impossible to disassemble without knowledge.

One of the most complex and intimidating joints is the Shiho Kama Tsugi, or four-faced gooseneck joint. It is commonly used in temples in Japan. This joint is carved out of two gooseneck hozo tenons and locks securely.

There are also dozens of other joints used by master carpenters. Some of them are kanawa-tsugi, which is a mortised rabbeted oblique scarf joint. It is particularly useful for large beams.

Traditional techniques in Japanese carpentry date back to the 7th century. These techniques were kept secret by family carpentry guilds for generations. Now, more people are learning these ancient methods.

“Kigumi” joinery is a type of joinery that is handmade on site. The lumber is cut by hand. This technique is durable and does not require pre-manufactured lumber. The finished piece is often covered in lacquer. This gives it a special finish.

Shiho kama tsugi is a joint that is used in temples throughout Japan. The joint is made by carving out two gooseneck hozo tenons. This allows the tsugi to slide into the mortise and lock securely. The joint is typically intimidating, but it’s also very functional.

Using intricate interlocking joints, Japanese craftsmen have created a unique wood aesthetic. This aesthetic was not widely available until the mid-20th century. The Japanese spare building aesthetic was heavily influenced by the Bauhaus school and Frank Lloyd Wright.

Many of these structures are still in use in Japan. They’re not likely to return to prominence in the near future, however. Thankfully, there are efforts to preserve these traditions. These include the Horyu-ji temple complex, a Buddhist temple located in Nara. The buildings there trace their origins to the original builders of the temple.