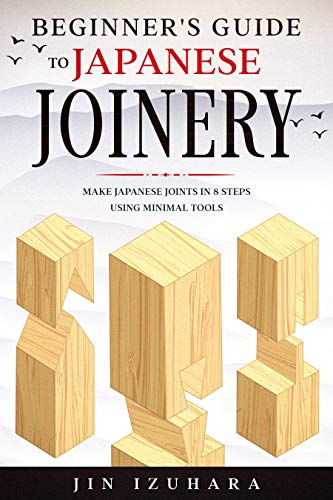 Unlike western joinery, which uses electric tools and glue, Japanese joinery is still based on traditional methods. The term is defined as “the art of building with wooden materials without nails, screws, or glue.” The practice originated in the 12th century and has been influenced by Chinese architectural designs.

Using joinery as a building method is a tradition in Japan. The technique entails intricate building, but also the use of joints and materials that give the structure lasting power. Wood joinery without nails requires a delicate hand and a great deal of skill.

Sashimono is a Japanese joinery method that enables construction without the use of nails or glue. It uses grooves to assemble two pieces of wood together. The grooves are not visible from the surface of the piece. This joinery is used for building furniture and for many other purposes.

Kyo Sashimono is a Japanese style of joinery that originated in the Heian period (8th-12th century). During this time, wood crafts were already being produced in Japan. The demand for tea ceremony utensils and religious ornamentation drove the development of Kyo Sashimono.

The technique consists of three stages. First, the wood is prepared. Afterwards, a sanding process is used to smooth out the rough spots. Then the finished piece is given a wax finish.

Originally developed in the 17th and 19th centuries, Edo sashimono is a style of wood joinery that focuses on the beauty of the wood grain. Rather than using nails, which can damage the material, it uses a series of hidden dovetail joints.

Edo sashimono is made from a variety of wood, primarily mulberry, but other timbers with similar properties can be used. The Amur cork tree is also common, because of its lightness and ease of use. It’s also common to find wood from the Miyake and Mikura islands. The trees on these islands have a silver sheen and are considered the finest building material.

The process begins with collecting wood materials from dealers, carefully planing and drying them, and finally assembling them. Then, the craftsman cuts them into sizes and depths that are appropriate for the furniture being made.

Then, the wood is treated with an application of raw lacquer. The cloth used to rub the lacquer into the wood is cotton. This technique is called “huki-urushi” and is applied more than 10 times. After the wood is finished, metal fittings are attached. The finished piece will be resistant to moisture, heat, and cracks.

During the 17th century, the Japanese developed an advanced form of wood joinery called Edo Sashimono. These joints have a long lifespan and are very strong. They were originally introduced in cabinet work for wealthy merchants. The government has designated them as the traditional craft of Japan.

The Japanese also used the scarf joint method to join pieces of wood. This is a complex technique that includes strategic cuts, a woodwork ruler and grooves.

The key difference between a traditional European splice joint and a Japanese kanawa tsugi is the shape of the joined pieces. Western carpentry splice joints are less sophisticated and do not include the stub tenon.

However, the stub tenon does not completely hide the splice. A Japanese kanawa tsugi is a more elaborate joint that allows for lateral movement.

One of the more impressive aspects of a kanawa tsugi is the strength. The tenons are strong enough to support multi-directional forces.

The Japanese have been using these types of joints for centuries, and they are still in use today. They are especially helpful for large beams, as they can splice two pieces of wood into a single solid unit without disrupting the structure.

Located on the outskirts of Kobe, the Takenaka Carpentry Tools Museum is the only museum in Japan dedicated to collecting and displaying carpentry tools. The museum’s main purpose is to preserve and share the rich cultural heritage of Japanese wood carpentry. Its collection includes thousands of different tools and instruments.

In addition to a stunning collection of tools, the museum’s exhibits also highlight the skill and craftsmanship of Japanese carpenters. Visitors can see displays of carved and layered roof construction of Japanese temples, delicate construction of shoji sliding doors and post and beam joinery. In addition to these exhibitions, the museum offers workshops that allow visitors to make their own chopsticks and blade sharpening.

The Takenaka Carpentry Tools Museum’s architecture is an elegant blend of traditional craft and modern Japanese design. The two-story exhibition space is built two-thirds underground, with the rest of the building constructed using natural materials. Throughout the museum, visitors can enjoy audio guides in English.